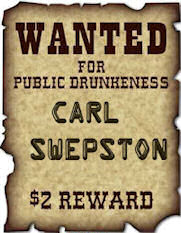 you can reach him at: docrio45 [at] gmail DOT com

Here are a couple more links of photos of interest to frogs and seals. You are welcome to put them on your site if you want to do so. Also, the picture of me with my plane in the background and my left elbow on the person to my left. The other person is my son Craig. He is a civil servent working as a marine mammal trainer/supervisor with Spawar here in San Diego. I may have a new batch of photos for you soon. The BUD/S graduating class is recognizing fallen SEALS at Ft Rosecrans next week on Thursday.

Thanks for all you do for the teams

Frank, Would you mind forwarding this to your email list? Thanks Carl

A gathering of approximately 75 folks showed up at the Elk’s Club in Port Townsend, Washington to celebrate Dave Bodkin’s quite adventurous life. About 15 old Frogs and Seals showed up in addition to a contingent of EOD types from the local area. Also attending were a variety of individuals Dave knew in and around the Washington area. As Dave would have wanted, there was lots of good food and drink available for all. Taps were held with Dave’s wife Sharon accepting the folded American flag.

The Northwest UDT/SEAL association chapter presented Sharon with a plaque and SEAL flag as well. At one point a preplanned Hooyah! was shouted in unison by all the old frogs and seals present (The non-SEAL types were somewhat surprised and impressed). I am sure Dave would have approved with his deep chuckle. Dave was recognized as a true warrior by those present. Interestingly, many of the folks present, weren’t aware that Dave had earned two silver stars, three bronze stars and two purple hearts.

Personally, I will miss having Dave as a good friend. I had known Dave for
48 years. We had been fellow trainees in UDTRA class 28, roommates for a time in imperial beach, teammates in ST1 and I had the honor of relieving Dave in My Tho province as a PRU adviser in South Vietnam. As we get older, we begin to lose more and more of our teammates.

My intention is to continue attending the various Frog and Seal gatherings being fully aware that I may be interacting, for the last time, with some of my old teammates.

Doc Riojas has been adding photos I send him to this site for all to view. He has put a lot of work into this site. If you have any photos to contribute, please send to me or directly to Doc Riojas. For those of you frogmen who don’t know Doc, he was a corpsman working primarily with the east coast teams. I believe this is a good venue for us has beens to reminisce about the good ole days when we were young and full on energy with lots of hair. 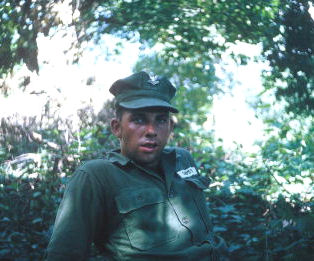 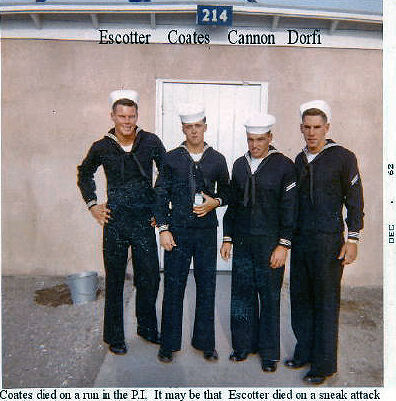 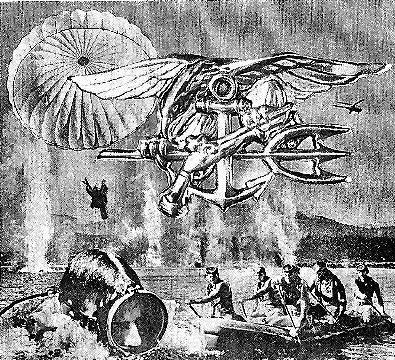 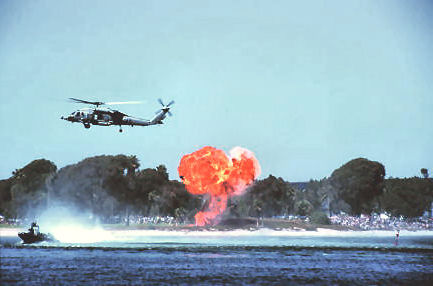 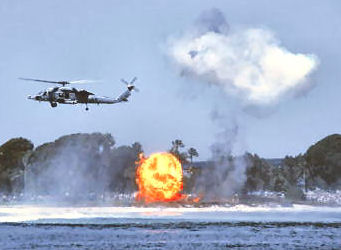 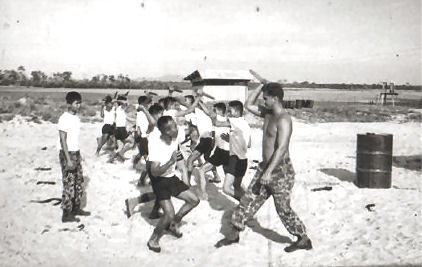 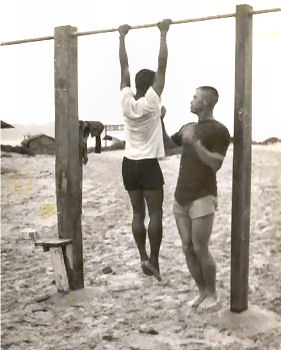 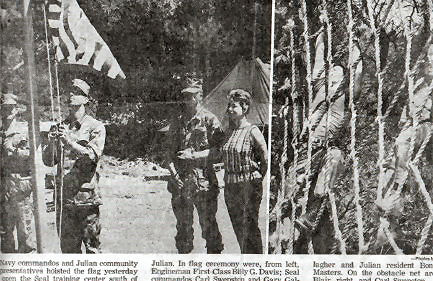 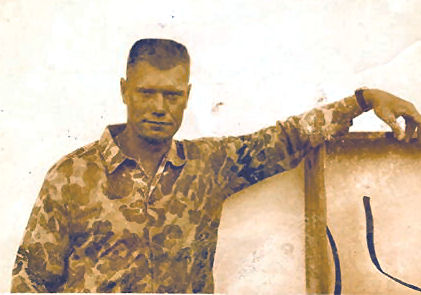 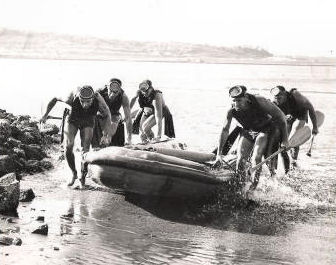 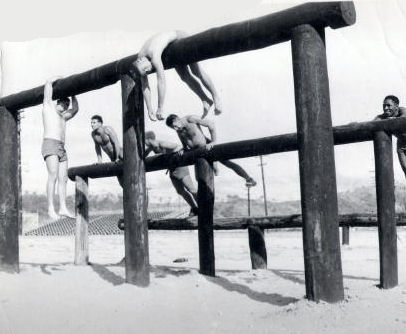 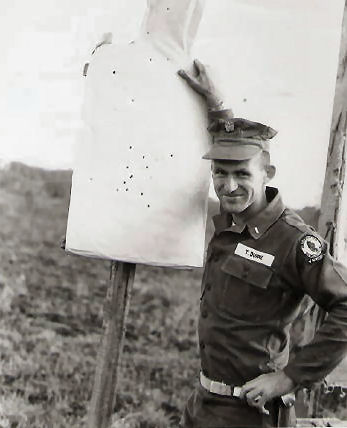 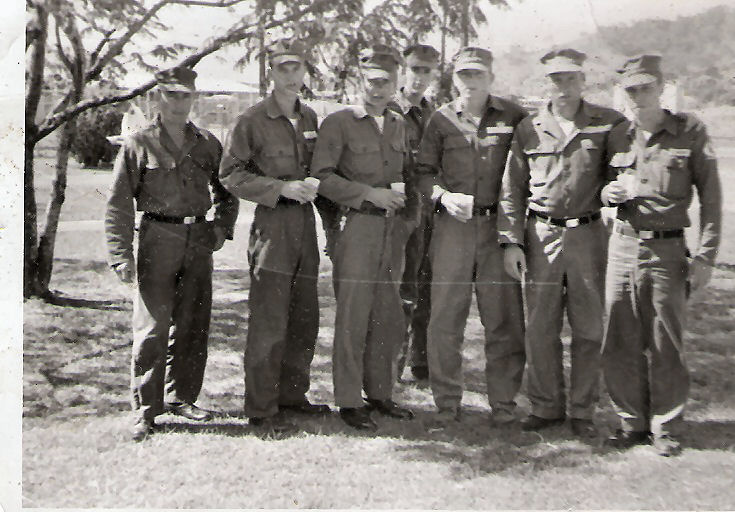 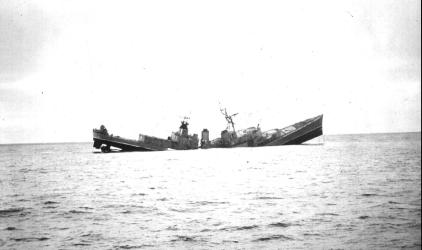 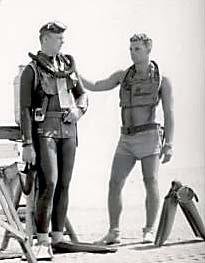 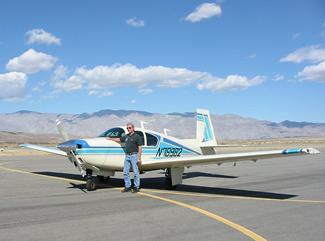 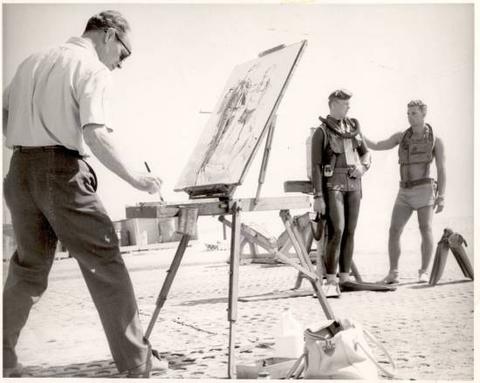 
Hey doc! did you know HM2 Ron Tusi (SEAL)?  He was in my training class. Crazy guy. It shows in his medals with the Army.

Just found this, . I thought everyone who knew Ron would enjoy it. For those that didn’t;  Tusi was an E6 Corpsman from UDT 12.

Chief Warrant Officer (W2) Ronald L. Tusi   is one of Army Aviation’s most outstanding attack helicopter pilots. One specific action best illustrates his tactical skills. On 15 April 1972 at An Loc, Vietnam, a number of enemy tanks had penetrated the friendly position and were within a few meters of the Republic of Vietnam Army’s Fifth Division Headquarters.

At the time of his Hall of Fame induction, CW2 Tusi’s record of killing ten tanks with helicopters had never been equaled, and he was considered to be Army Aviation’s leading tank killer. During five tours in the Republic of Vietnam, he earned the Distinguished Service Cross, four Silver Stars, eight Distinguished Flying Crosses, three Bronze Stars (one with “V” device), 67 Air Medals, the Vietnamese Cross of Gallantry with Gold Star, and the American Legion Aviation Award for Valor in 1972.

CW2 Tusi’s brilliant aviation career was cut short by his untimely death in a Cobra accident on the night of 6 August 1974. He was participating at the time in the dangerous “Night Owl” experiments which were used as a basis for today’s night fighting techniques.

If you have a photograph of of this Hall of Fame member, and would like to see it posted on the site, please e-mail it to the webmaster. Any electronic format is acceptable.

Attached is a copy of my class 28 graduation. Note Ron Tusi’s rate. That is cool about Ray Smith finding out who the helo pilot was that covered for them. I wish I knew who the two cobra pilots were that responded to my cry for help. They showed up 10 minutes later and enabled me and 12 PRUs to escape an encircling group of VC that were armed with RPDs and M-79s. One of the M-79 rounds fired by the VC landed in a rice paddy, did not detonate but splashed mud on me. I heard the thump when it was fired then heard and felt it hit the water. I was confused. I asked myself if this is what it feels like to be dead. I made the mistake of wearing shower shoes that day like many of my PRUs. As we were retreating I lost my shower shoes and started running in the rice paddy to keep from hurting my feet. The PRUs were laughing and pointing at me as the incoming rounds were splashing around me. If it hadn’t been for the Cobras we would have been wiped out that day. Happy Easter Carl